Success and Failure of Western European Societies in Coping with Rural Hazards and Disasters, 1300-1800

The precariousness of human life is highlighted, perhaps most clearly, during hazards and disasters. Throughout its history mankind has struggled with the scourges of famine, flood, the sword and pestilence. Western European history offers many telling examples of disasters, such as the crop failures and ensuing Great Famine of 1315-1322, and the Black Death of 1346-1353,  which both claimed millions of lives, or the All Saints Flood of 1570, causing inundations all along the North Sea coast, from France to Denmark. Other disasters were man-made, such as the Thirty Years’ War, which brought havoc to Germany and caused the death of immense numbers of people and livestock.

The Coordinating for Life project aims to explain why some societies do well in preventing or remedying disasters through institutional arrangements and others do not by comparing six regions – coastal Flanders, Holland, inland Flanders, Münsterland, Norfolk, and Nord – between 1300 and 1800. In order to do so, the project analyses four key variables: the mix of coordination systems available within that society, its degree of autarky, economic equity and political equality. The recent literature on historical and present-day disasters suggests these factors as possible causes of success or failure of institutional arrangements when confronted with hazards, but their discussion remains largely descriptive and they have never been systematically analysed. This research project offers such a systematic investigation, in five subprojects on floods, famine, soil degradation, plagues and war.

Why were pandemics sometimes followed by recovery or even economic growth and increasing freedom, but in other cases by economic decline and increased coercion? This subproject investigates the long-run effects of pandemics and the resulting labour shortages, by focusing on the institutional responses. Which responses were applied, including wage fixing, restriction of mobility, and changes in inheritance customs, kinship rules and marriage patterns, and what were their effects on economy and society in the long run? It is clear that main differences, or even divergences, existed between societies, but how and why were they forged? The long-term perspective also enables an analysis of how the disaster affected the institutional organization itself. Did it lead to institutional sclerosis or rather stimulate institutional innovation, and did institutional changes in their turn positively or negatively affect economy and society? Also, how did inheritance and property arrangements shape the effect of the plague on wealth distribution and subsequently on the potential for economic recovery? This subproject will also look at the institutional arrangements that existed before the first outbreak of plague in order to explain diverging rates of recovery in the following centuries. Recovery will be measured by the development of production figures, lease prices or wealth assessments. Used for this test will be the Black Death and the other big pandemics of the later Middle Ages. Clusters of localities in coastal Flanders, Nord and Norfolk will be compared.

This subproject analyses the capacity of rural societies in the southwestern Low Countries to cope with the effects of almost ever-present warfare during the early modern period. Rural societies were usually little protected from looting, extortion, and extraordinary taxation by all sides of in the war. Nonetheless, some regions, or even different localities within the same region, fared better than others even though they experienced the same episodes of war, with similar levels of taxation, disruptions of life and economy, and destruction. This is because some localities were better able to muster the necessary funds for taxation levies, or better in generating investment schemes to rebuild and cultivate their lands. This study will focus on institutions and the social context in explaining such differences. A main question is whether regions characterized by market-oriented tenant farmers and big landlords – i.e. in the coastal plains of Flanders – were better able to cope with adverse effects of war than peasant societies – i.e. inland Flanders. Again, the long-term perspective will also allow us to analyse how war affected the institutional organization. Did it stimulate institutional innovation on the local and regional level, and did such change interact with ever increasing central state bureaucracies? Economic recovery will be measured by the development of lease prices, output figures and wealth assessments. Also measured will be the changes in the social distribution of wealth, which may be seriously affected by war. The wars selected for this subproject are those of the late 15th and early 17th centuries, more specifically the War of the Burgundian Succession, and the ensuing revolt in Flanders (1477-1492) and the Franco-Spanish War (1635-1659). 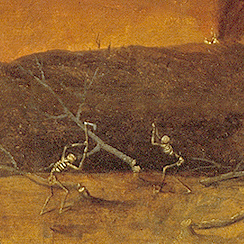 Soil erosion, with fertile top soils being washed away or covered by drift sands, was found all over Western Europe during the Pre-modern times,. Still, the impact varied widely, as measured by, the divergent drift sand phases, loss of agricultural land or decline of output.

This subproject focuses on the regions with vulnerable soils, as most particularly the sandy ones, in the Campine area, the Brecklands and the Geest region. Developments will be reconstructed through a combination of OSL data from sand dunes and historical data such as land registers, local inquiries, reports and crop yield data, as found in tithe registration, for instance. Furthermore, the institutional instruments and responses of groups of different localities within these regions will be analysed. Focussed on how institutions were formed in order to prevent sand drifts and soil erosion, such as limits on numbers of cattle, restrictions on felling trees, prescriptions on ploughing methods and the lay-out of parcels, and how these were observed and enforced, as evidenced by conflicts about actual practices. The project will also investigate the mechanisms for recovery, such as collective planting of shrubberies and woodlands, tax remission schemes or the introduction of labour corvées. How were these organized, who devised the rules and enforced them (public authorities, associations and commons, or the market?), and with what degree of success?

The North Sea Area has a long history of flood disasters, on which no comprehensive historical synthesis exists so far. As the recurrence of coastal flooding is no longer thought impossible and the call for creative adaptation and mitigation strategies becomes urgent, the history of North Sea flood disasters hides a huge potential to explore the occurrence and impact of flood disasters as well as the success and failure of different technologies, institutions and coping mechanisms designed to prevent flood disasters or mitigate their impact. Exogenous, climatic, drivers, in combination with the environmental dynamics of the coastal lowland, might explain why storm surges occurred in the North Sea Area. However, the reasons why some of these storm surges turned into large-scale and deadly disasters are by and large endogenous, embedded in the structures of coastal societies. Looking at the interaction of power and property relations with land-use and flood protection arrangements helps to understand how the impact of a flood is allocated among different stakeholders, but also why some institutions or technologies succeeded in one context but failed in another, and why floods turned into disasters in the first place. This book project presents a comparative history of flood disasters in the North Sea Area (the Low Countries, Southern and Eastern England and Northern Germany) between 1250 and 1800, questioning why some regions experienced repeated episodes of deadly flood disasters, and why others apparently managed to escape the worst catastrophes.

This project is funded with a grant from the ERC.